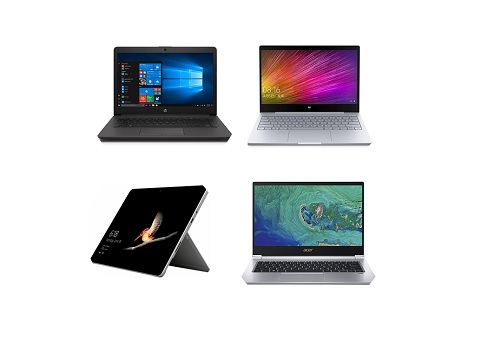 If you’re looking to find a cheap and budget-friendly laptop, you’ve come to the right place. Through our own experience of buying laptops, we have gathered the most value-for-money laptops available in Malaysia for you to choose from. Whether you are a student, young adult or even a hardcore gamer looking for a gaming laptop, we have got you covered. Here are the best cheap laptops you can buy in Malaysia today! 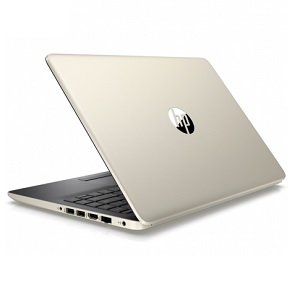 The HP 14S-CF0065TU Laptop is a great office laptop available at an incredible price. When we were checking it out, it was priced at just under RM1000, which we think is very value-for-money. It has a lightweight build of 1.43kg that makes it ultra-portable and easy to bring around.

In terms of its specifications, it can run all your usual office software and application with relative ease. Applications like Microsoft Word, Excel and Powerpoint are a breeze for its processor. It has a 14-inch screen with thin bezels along with an HD camera for any conference calls you may need to make. Typing also feels good thanks to its island-style keyboard which provides a good amount of separation between each key.

If you’re looking for a good office laptop that doesn’t break the bank, this HP 14S-CF0065TU Laptop is one you should definitely consider! 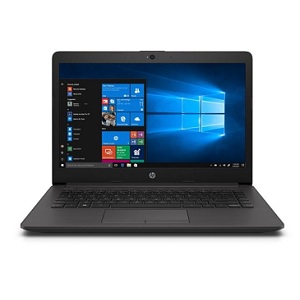 In terms of performance, the HP 245-G7 Laptop is slighter speedier than the previous HP laptop. There are two primary specifications which stand out, its AMD A4 CPU and the 256GB SSD. With a base clock speed of 2.3GHz with a maximum boost which reaches 2.6GHz, you can see a tangible speed difference.

Additionally, its SSD hard disk makes starting up the laptop much faster too. In our experience, we also find that AMD processors have good power-efficiency, which leads to better battery life. The build of this laptop is sturdy but relatively lightweight at the same time which gives your important documents the protection it needs.

If you want speedier performance and don’t mind topping up a small amount for it, the HP 245-G7 Laptop is perfect for both the office and school. 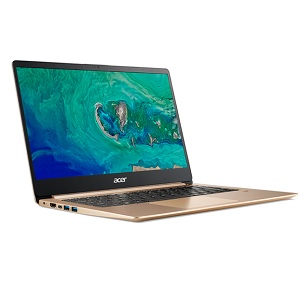 With a battery life that goes up to 17 hours, the Acer Swift 1 allows you to work without relying on a power source. Given that it is incredibly light, weighing just 1.3kg, this is the perfect portable laptop, especially for travelling.

The Acer Swift 1 is the base-tier among the Swift Models. As such, its specifications are lower but still offers enough processing power for daily work or school tasks. Its Pentium Silver N5000 processor has base clock speeds of 1.1GHz with a boost that reaches up to 2.7GHz. If you’re looking to play graphic-intensive games, its Intel UHD Graphics 605 card may not be powerful enough. Overall, it can be classified as a very competent work or school laptop.

If you often find your laptop running out of battery fast, get the Acer Swift 1 and your problems will be solved! 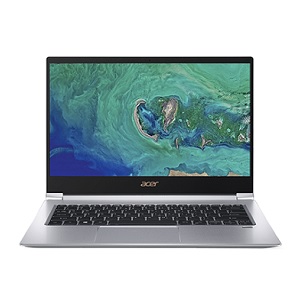 Need a powerful workstation in the form of an ultrabook? Then you have to check out the Acer Swift 3. It is a big upgrade from the Acer Swift 1 in terms of its processor and also memory. Concurrently, it keeps the ultra-portable form and weight by being just 1.35kg.

If you compare the Swift 3 to Swift 1, the difference in speed is the key thing you’ll notice. The Swift 1 has the Pentium Silver processor which is competent enough but lags behind the Intel Core i5 processor of the Swift 3. Also, there is a total of 8GB RAM in the Swift 3 and a bigger storage capacity of a 512GB SSD. Because of its more powerful specs, its battery life is not as impressive as the Swift 1. However, it still has an approximate battery life of 12 hours which still ranks it pretty high.

The Swift 3 is more expensive than the Swift 1. If you need a more powerful and speedier laptop, we think the Swift 3 is worth paying the extra premium for. So check it out! 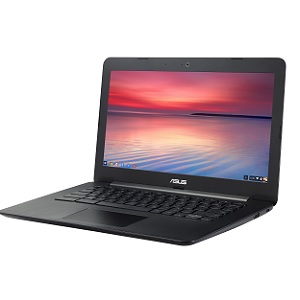 The ASUS Chromebook C300MA is one of the cheapest laptops in Malaysia. Guess how much we found it for? Less than RM400! If you’re looking for a real bargain, this Chromebook would fit the bill perfectly. A question that some of you may have is – what is a Chromebook? A Chromebook doesn’t run on the Windows Operating System. Instead, it runs on Chrome OS which is developed by Google.

Essentially, you’ll be using Google apps like Chrome, Google Drive, Maps, Gmail instead of programs like Internet Explorer, Microsoft Office and Outlook. A Chromebook is a very good option to consider if you’re mainly browsing websites on your laptop. One small downside is that you’ll need an Internet connection, but with today’s interconnected world, finding a WiFi hotspot isn’t much of a problem, especially if you’re going to use the Chromebook at home.

For under RM400, the ASUS Chromebook C300MA is the ultimate cheap laptop. With its functional Chrome OS, it can replicate the experience of other laptops at a much lower price tag. 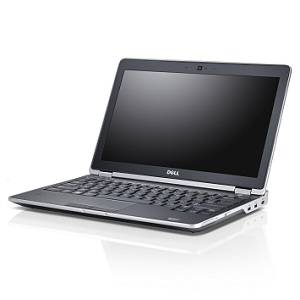 Psst, do you want to know a secret to getting a cheaper laptop? The answer is to get a refurbished one. The Dell Latitude 6230 Laptop is one such option which gives you the opportunity to own it by paying less than half the original price. Refurbished laptops are not bad laptops. In fact, they are pretty close to new laptops because their parts are checked and replaced if it is faulty. Therefore, you are definitely getting a laptop that is in good working condition.

If you want to save some money and don’t mind a refurbished laptop, the Dell Latitude 6230 Laptop is a value-for-money choice! 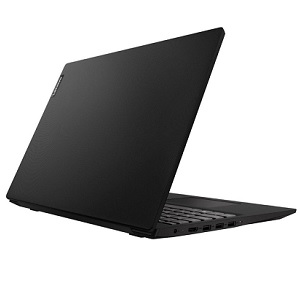 The Lenovo Ideapad S340 can be your perfect companion for both work and play. Lenovo laptops are well-known for their reliability and are the prime choice for many large global companies. There are a couple of things that we love about the Ideapad S340.

First of all, it is priced very affordably at just slightly over RM1000 which is a great price for a quality build. Secondly, its screen is bright and vibrant enough for entertainment purposes, like watching a movie or YouTube videos. Its keyboard and trackpad are responsive and feel comfortable to use. Lastly, we love its all-black matte design which gives it a professional look that rivals much more expensive models. 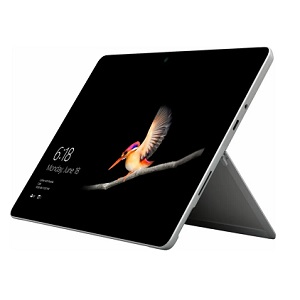 With the Microsoft Surface Go, you don’t need to buy a separate tablet and laptop device because it combines the best of both worlds. It has a touch-screen which lets you use it as a tablet. Alternatively, you can also boot it up in Windows 10 for it to function as a full-fledged laptop.

With good specifications like 8GB RAM and a 128GB SSD, this hybrid laptop is extremely speedy both in tablet or laptop mode. Applications can be opened up in a fraction of a second and starting up into Windows takes under 10 seconds. To further increase the functionality, you can also opt to get a Surface Pen to write down notes or even draw.

If you need both a laptop and tablet, getting the Microsoft Surface Go will save you serious cash. At the same time, you’ll only need to bring one device around to do it all – giving you added mobility! 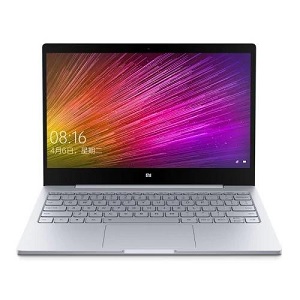 At first glance, the Xiaomi Notebook Air will likely remind you of a very popular laptop – the Apple Macbook Air. Both of them have a similar sleek and minimalist design which has endear the Macbook to millions around the world. There are two key advantages that the Xiaomi Notebook Air holds over the Macbook. Firstly, it is around half the price. Secondly, it runs the more popular Windows operating system which much more of us are familiar with.

With its low price and high-level specifications, the Xiaomi Notebook Air offers a fantastic price-to-performance ratio. It comes with an Intel Core i5 processor along with an NVIDIA GeForce MX250 graphics card. Combined, you can even play graphic-intensive games on this laptop. With all these features, it is also surprising that Xiaomi has managed to keep this laptop weighing just 1.3kg.

If you want top-notch performance that is budget-friendly, the Xiaomi Notebook Air has it all for a very affordable price. 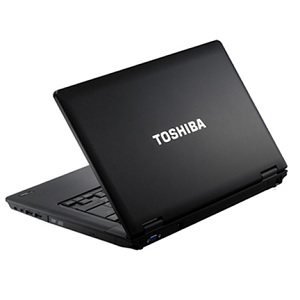 With 33 positive reviews on Lazada, the Toshiba Dynabook Satellite is another refurbished option which is worth considering. Most of the reviews are very positive and compliments the high level of service offered by the seller. For a refurbished laptop, you want to get it from a reputable source, which is why choosing a seller with good reviews is very important.

The best part about buying this refurbished laptop is that it comes installed with the OS and also office programs you need. Windows 10 Pro is installed along with Microsoft Office as well. You’ll save around RM300 because of this! This laptop is also extremely cheap with a price tag of just RM599!

There are a total of 7 different variations for this Toshiba Dynabook Satellite. You can choose from different RAM and storage configurations according to your needs and budget. Check it out before stocks run out! 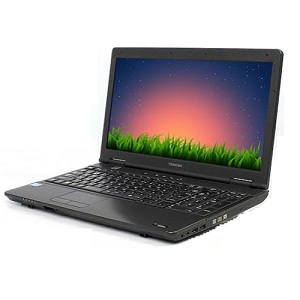 So far, the refurbished laptops we have recommended have lower specifications. If you want a refurbished laptop with better specs, the Toshiba Satellite Pro S850 could be the one for you. It is powered by the Intel Core i7 processor together with 8GB DDR3 RAM. Together, it gives you buttery smooth and fast performance. Additionally, it has a large 480GB SSD which is both quick and also offers enough storage space for now and the future.

Despite being a refurbished model, this laptop also comes with a 3-month warranty which covers any hardware defects. As such, you can have peace of mind when buying it. Similarly, it is also preinstalled with Windows 10 Pro and even Microsoft Office so it is ready for use once you get it.

The Toshiba Satellite Pro S850 is a powerful refurbished laptop that gives you great specs at an affordable and cheap price!

Check out some of our other articles here!